Challenging You to eat a plant-based Vegan diet

What You May Have Never Known About Shane.......(Sorry Shane, No More Hiding!)

In Junior High, he went to Hollywood to receive the Young Person's Animated Film Award....”Realm of Fantasy”. He continued to love photos and created many family videos. 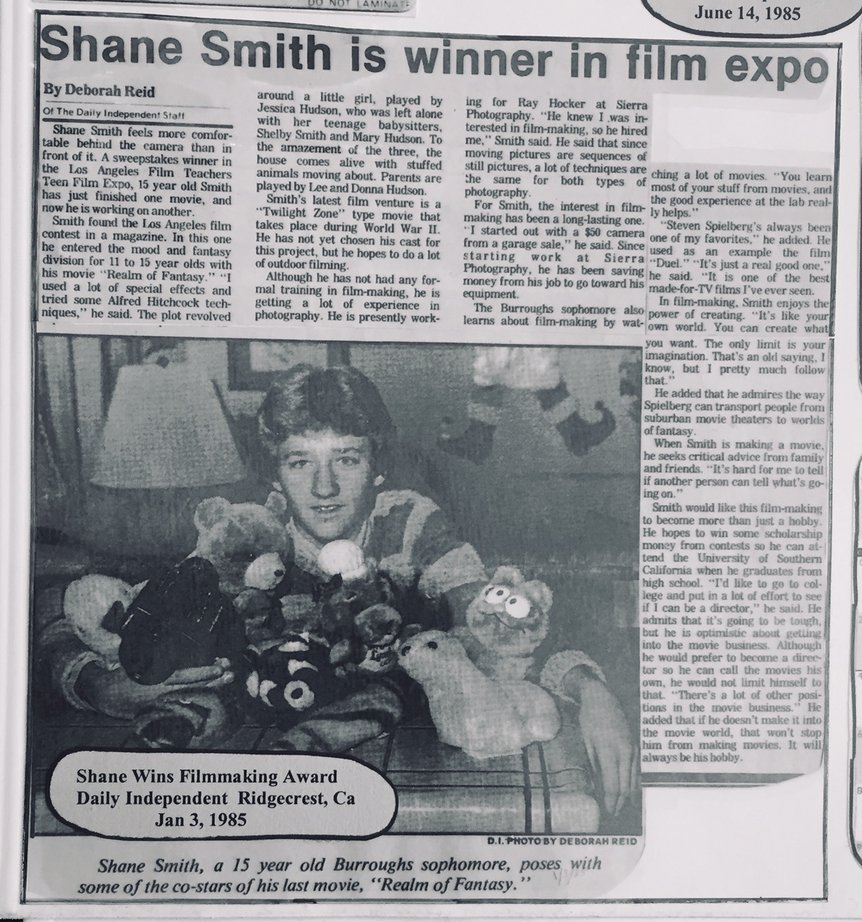 He taught himself to sing, play guitar and speak Spanish. He taught himself math with the Dummies Series until he went for his Bachelor's degree. He never liked or did well in Math until he decided to take on the challenge. He met it in 2019. Yay, Shane!

He worked as a waiter in a pie restaurant and found he wasn't patient or coordinated enough to serve properly. He, then, always gave waiters big tips!

Shane visited Dallas and studied the assassination of President John Kennedy for years. He was absolutely sure that Kennedy was not shot by Lee Harvey Oswald. He had many theories.

His family and friends are still receiving birthday and holiday cards from him. Surprised most of us! He planned ahead.....

As his mother, he taught me more than I ever taught him. He, also, fathered his siblings and everyone else in the family.

He broke his ankle very badly playing baseball in high school. Fortunately, we found a great doctor at Kerlan-Jobe Clinic in LA, otherwise he never would have been able to climb his beloved mountains. Thank you, Diane Mourton for referring us there.

When he was younger, he and a family member would sneak onto China Lake base every year in the middle of the night to repair the “Holiday Star” lights on “B” Mountain. He could see it from his bedroom window every holiday season and it meant a lot to him.

Next goals he had planned....a Master's Degree in Math, and a Law Degree. (Probably with Books for Dummies).

He was a “philosopher in a yellow duck suit”. He had a few friends that are the same way....you know who you are!

Shane was a combo of Mahatma Gandhi, John Muir, Tom Brady/Rafael Nadal, Francis of Assisi and one of the three stooges....... Meaning, he was wonderfully complex.

Shane was a great baker. He experimented with dates, stevia and other things as he created desserts that were sweet and healthy.

Shane lived in his car when he was attending VictorValley College so he could play on the tennis team. 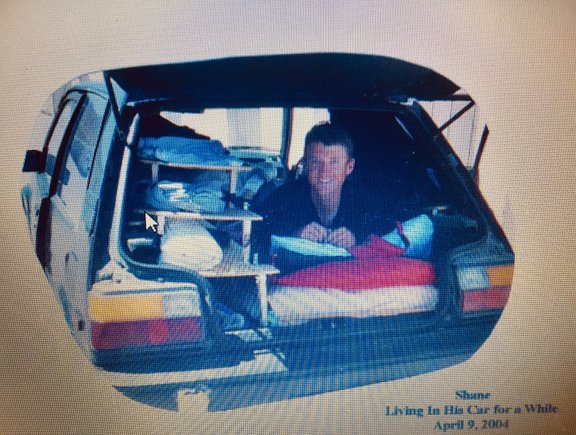 About 17 years ago, Shane came home one day and explained to us how wearing our street shoes inside the house could effect our health. Why would you wear shoes that have been in public bathrooms, etc., into a clean house to germ up the floors and wherever else you put them. That got my attention. Ever since, we wear only our indoor shoes in the house. Wherever he lived, he convinced others to do it, also.