Challenging You to eat a plant-based Vegan diet

At this time, we certainly miss Shane's ability to be light-hearted. “A day without Shane is a day without sunshine”.

If you came to a gathering with Shane, you had to be prepared to play games.

He also gathered his favorite wisdoms along the way. Most are memorable and helpful reminders to all of us..........

Shane was a punster. Whenever he came over for dinner, we were greeted with a flurry of puns. For example, if it was a Mexican dinner, we would always “ taco” about it. You always knew when he thought of one as he would be chuckling before he said it. Some of these are sillies rather than puns, but you get the idea......

Less worry, more purry. (If Shane was doing well, he would always

To Leslie Riley.....Shane would always say, “Les is more!” And she is!

Lots of ones involving cats....

Shane said his cat, Lady, was always MENOWING at him.

She wanted MEOUTING, etc. until we all would say.... “Me Leaving”! 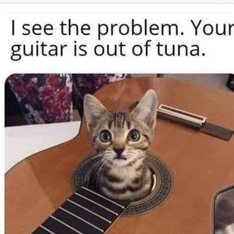 We do not have a list of all his puns, However, check out Punsters anonymous on Facebook. Here are a few for you to think about.......

I am reading a book about anti-gravity. I can't put it down.

If there was someone growing marijuana in the neighborhood, weed know

Have you ever tried to eat a clock? It is very time-consuming.

This Is a “five in one”. It is Eggscellent! And it is all about Shane and

how he left.  He died on a Friday.  He was in great shape, life was good.  He flew over the wall easily to a sunnier better place. He is “CRACKING UP” as we speak! 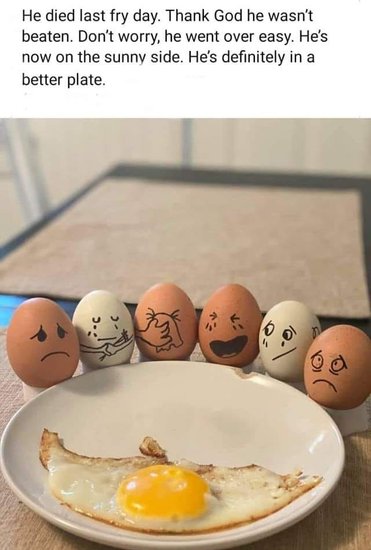